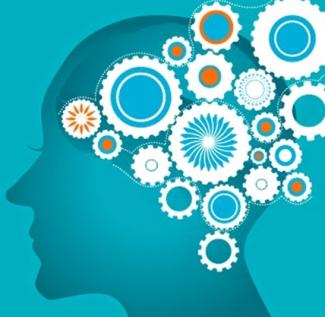 The study results are in line with current recommendations for limiting extensive cognitive activity after a head injury.

But while the study findings support the use of cognitive rest, they don't suggest being completely idle following a concussion.

"The study actually found that athletes doing mild and moderate levels of cognitive activity recovered from a concussion at about the same rate as those doing minimal amounts of activity," lead author William P. Meehan III, MD, director, Micheli Center for Sports Injury Prevention, and director, Sports Concussion Clinic, Children's Hospital, Boston, Massachusetts, told Medscape Medical News. "It's only those doing the highest levels of cognitive activity that tend to draw out their recovery."

The study was published online January 6 in Pediatrics.

The single-center study included 335 patients who were diagnosed with a sport-related concussion or a concussion resulting from a similar mechanism, such as a fall at a playground, within 3 weeks of the injury. They ranged in age from 8 to 23 years, with a mean age of 15 years, and 62% were male.

More than a third (39%) of the athletes reported at least 1 previous concussion, 19% reported a loss of consciousness at the time of the injury, and 37% reported amnesia. Most concussions occurred while the participants were playing hockey, football, basketball, or soccer.

The mean initial Post-Concussion Symptom Scale (PCSS) score was 30. The PCSS consists of 22 symptoms that athletes rate from 0 (no symptoms) to 6 (severe symptoms). The total score is the sum of the individual values, with a possible range of 0 to 132.

The overall mean duration of symptoms was 43 days, which didn't differ significantly by age group (ie, school aged, junior high/high school age, or adult). This is slightly longer than the typical recovery time, possibly because the study took place at a large teaching hospital, where referrals may have been relatively complicated, said Dr. Meehan.

Compared with the approximately 20 to 50 days it took for patients in the lower three quartiles of cognitive activity to recover from symptoms, those in the highest quartile took about 100 days on average to recover.

One hypothesis is that a concussion results in the indiscriminant release of excitatory neurotransmitters and a spreading depression-like phenomenon. The brain uses adenosine triphosphate (ATP) to help restore homeostasis, but cerebral blood flow is decreased after an injury.

Cognitive rest may conserve ATP for use in injury recovery rather than using it for intellectual tasks. "If you use a lot of ATP because you're reading War and Peace or going for a 5-mile jog, then there's less available to help the brain heal," explained Dr. Meehan.

Experts typically recommend that athletes do as little physical and mental activity as possible for the first 3 to 5 days after a concussion, and then gradually increase their level of activity, said Dr. Meehan. "We say, do as much as you can without triggering your symptoms or without making them worse."

The study results support accommodating students academically. Most schools, at least those in the Boston area, already do try to accommodate student athletes, giving them extra time on tests or a temporary reduction in assignment load where necessary, said Dr. Meehan.

Although the study participants in the highest quartile of cognitive activity had the longest symptom recovery, those in the lower 3 quartiles had similar symptom duration, suggesting that complete abstinence from cognitive activity is unnecessary. "Limiting the amount of cognitive activity you do to keep it below the level where you get symptoms is probably helpful, but I wouldn't recommend just doing nothing," said Dr. Meehan.

The effect of cognitive rest may vary over time. Cognitive activity has more of an effect on recovery during the earlier phase, said the authors.

Possible study limitations are that the results may not be generalizable to athletes who don't present to a specialized sport concussion center. And because few participants had neurocognitive testing at the initial visit, the study was unable to assess the predictive effect of such testing on symptom duration.

In addition, the cognitive activity scale used in the study hadn't been previously validated. "It's a limitation in that it's the first time it was used, but that's true for every scale and symptom inventory used for the first time," said Dr. Meehan. "And clearly, ours is associated with duration of symptoms — those with the highest levels took longest to recover so this would be the first validation of it."

Invited to comment on this study, Andrew Mayer, PhD, associate professor, The Mind Research Network, University of New Mexico, who has done research on cognition related to brain injuries, said the study is timely, given the current debate on treating concussion.

"Although most clinicians recommend rest following injury, this is typically based on anecdotal evidence rather than empirical data," Dr. Mayer told Medscape Medical News. The current study, he added, "provides some of the first prospective evidence that cognitive activity soon after injury may actually prolong the symptoms of a concussion."

Dr. Mayer recognized that the study does have limitations, including the use of an unverified measure for quantifying activity, and the fact that those who were more likely to engage in activities may have other characteristics — for example, a tendency to worry — that could also negatively affect outcome.

"Hopefully, this study will spur others to try and replicate these results," he said.