In Loving Memory of Gerry 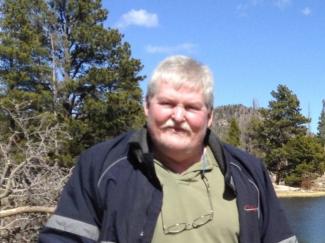 We honor vestibular patient, Gerry Kerlin, who passed away June 16th, 2017, and his surviving wife, Ann, who has contributed greatly to VeDA's patient education efforts, by sharing the story of Gerry's vestibular journey.

As a patient, you rely on your doctor to help you make important decisions about your health.

Gerry trusted his doctor to treat his bacterial endocarditis, a life-threatening illness that was affecting his heart. He received injections of gentamicin, an anti-bacterial agent. Little did he know that this medication would rob him of his sense of balance, and so much more.

“I felt dizzy and off balance while the gentamicin was being administered,” says Gerry. “But the nurse disregarded my complaints. No one really explained the problem to me for several years.”

No one should have to suffer like Gerry did.  But he wasn’t the only person affected. His wife, Ann, felt the impact as well.

“It was obvious that Gerry was struggling,” says Ann. “It was a difficult time for us.”

I’m sure you can relate to what Gerry and Ann were going through.

“My family thought I was just weak after my illness, and that the symptoms might go away,” recalls Gerry. “But they did not.”

“I couldn't understand his complaints of vision problems when he turned his head,” says Ann, “but I could see his unsteady gait, and noticed that he began to fall a lot. His hearing loss was noticeable, too. I wish I had been more understanding at the time.”

In addition to the physical problems, Ann noticed that Gerry was having trouble concentrating. As an aircraft mechanic, this affected his work. “It was getting hard to climb on top of the jets!” he recalls. It was also affecting his personal relationships.

“Doctors didn’t seem to understand what had caused the problem, and a neurologist told us there was no cognitive impairment associated with vestibular disorders,” says Ann. “It was obvious that Gerry was struggling with more than just imbalance, but I didn’t know what to do.” You understand that vestibular disorders affect more than just your sense of balance. Disorientation and confusion are common during the acute stages of vestibular disorders, which can interfere with cognitive stamina, attention and concentration, and visual skills as well.  Everyday activities can become daunting.

And the patient is not the only one suffering. Both Gerry and Ann experienced the pain of loss - loss of functioning, of activities, of quality of life, of freedom, of their sense of self. Stripped of these things, they were having difficulty recognizing themselves, their relationship, and the life they once led.

But there is hope.

Eventually Gerry connected with an online vestibular support group, which helped him understand more about the problems he was having.

“When VeDA posted information about the cognitive effects that often accompany vestibular damage, I felt so validated,” explains Gerry. “Even if there is no cure, understanding more about my vestibular problem was very helpful.”

“The support group and resources from VeDA helped me understand what Gerry was going through,” says Ann. “VeDA has been an invaluable resource for us!”

Thank you for supporting vestibular patients like Gerry and family members like Ann as they learn to live and love in the shadow of a vestibular disorder.