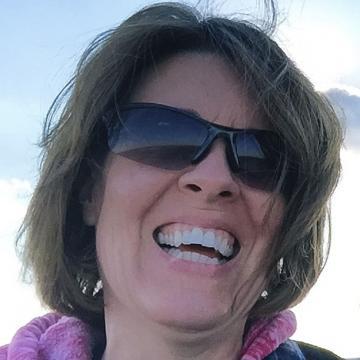 Never quit looking for help.
52
Other

I had a concussion after a car accident in July 2016. It caused double vision and my eyes didn't track together. Severe headaches would wake me at night, causing waves of nausea. Everything was too loud and too bright. I became lost driving in my own neighborhood. It was hard to decipher conversation and I couldn't tell which direction sound was coming from. I couldn't tolerate TV, radio, reading, or even conversations. Vibrations in parking garages caused dizziness and nausea. Vibrations on the upper floors of buildings felt like the walls breathing, causing nausea. My balance was off. I had painful tingling in my extremities all the time and sometimes my face would go numb. I continually pulled out in front of cars, positive the road was clear.

The first neurologist only wanted to treat headache. I asked about the dizziness, balance, double vision, severe back and neck pain, and tingling all over. She just repeated it was post-concussion headache and ignored the other symptoms.

A neuro-ophthalmologist told me my vision may improve in "years" - or it may not - and there was no treatment in the meantime. He said the light sensitivity was permanent. However, an optometrist later prescribed prism glasses to successfully improve vision. Color therapy glasses helped make indoor light tolerable.

I still had terrible headaches and tingling eight months after the accident and started seeing a chiropractor who works with concussion patients. After the first upper cervical adjustment, I could move my eyes without pain! The headaches lessened in intensity and the deep skull pain went away. It no longer hurt just to hold up my head. I could also read a little longer before nausea set in. The tingling wasn't as painful.

An airplane trip cause confusion, more balance problems, and triggered constant tinnitus. I became very dizzy and nauseated at the airport; it felt like walking on the waves of the sea. I was disoriented and couldn't understand how to find the correct gate to the connecting flight. Once home, symptoms continued to get worse.

It was difficult to discern where sound was coming from. A hearing test made me nauseated, disoriented, and unbalanced. I couldn't finish the test. The audiologist spent extra time with me, sharing a video of an SCD (superior canal dehicence) patient on the VeDA site, saying, "This sounds like you." She recommended vestibular testing.

Extensive vestibular testing only intensified headaches, balance, and motion sensitivity. To top it off, now there was pain, pressure, popping, and a sensation of oozing in both ears. The left ear was worse. However, a CT ruled out SCD, so my ears were "fine".

I regretted testing. It proved everything was "normal", yet I was getting worse and barely functioning. A neurotologist said it was impossible for my ears to feel pain if there's no infection. Testing doesn't cause ear pain. A neurologist insisted I had anxiety in crowds - just exercise and get involved in activities to distract myself from symptoms! A psychologist said the motion-induced nausea was due to anxiety. To make matters worse, doctor's offices were torture - mini blind slats, funky carpet patterns, blaring TVs in the waiting room, fluorescent lights. By the time I'd see the doctor, the nausea and headache would be unbearable. Doctors interpreted my distress as "anxiety".

Anxiety didn't seem to fit. After the head injury, I no longer experienced fear of heights or claustrophobia. I became more reckless, not anxious. Symptoms occurred even during a peaceful walk in the park. Listen to the radio, run into a doorway. Vacuum, tip over. I walked like a drunk after an MRI. Walking or driving made me nauseated once I stopped moving. At appointments, I would walk the medical building or pace the office because once I stopped moving, nausea flooded over me. When I tried to explain that noise, light, and motion triggered symptoms it felt like no one was listening.

Physical therapy for the vestibular symptoms was helpful, although it didn't fully resolve the problems. At first, therapy intensified symptoms.

Going to the grocery meant keeping a barf bag in my pocket, wearing ear plugs, and color therapy glasses. Looking at rows of things made me sick, so I'd look at the floor. I'd grab a few items, become dizzy and nauseated, check out, and put them in my car. Then go back for a few more items.

At a historical walking tour, I ended up doubled over on the sidewalk with nausea and had to cover my eyes and ears to block out all stimulation, including the tour guide's voice. Inside historical homes, vibrations from footsteps of others walking on wood floor caused nausea. It was impossible to do anything fun.

I saw specialists in other cities, but didn't get any answers. Additional tests were "normal", even though after testing I was too dizzy to walk straight. I was getting worse and losing hope, struggling to continue working. Due to crushing medical debt, I promised my husband to quit seeking care so we wouldn't lose the house. I looked again at the VeDA video from the surgeon who fixed symptoms like mine. Despite the travel expense, I needed to get to this one last specialist. If he said there was nothing to be done, I'd quit. After more tests, he diagnosed bilateral Cochlea-Facial Nerve Dehiscence. I had RWR (round window reinforcement) surgery on the left ear in May 2018.

Surgery was a miracle! Headaches improved. No motion sensitivity or feeling of continual movement when rolling over in bed. Before surgery, moving my head to follow a person's movements or looking around a room caused dizziness. I can tolerate TV, radio, phone, flashing lights, and follow recipes again. I no longer see imaginary flickers of movement in my peripheral vision. Noise no longer causes dizziness, lightheadedness, or nausea. No light sensitivity!

Cognitive problems improved. I can shop, eat in restaurants again, and go to movies. My brain becomes overstimulated at times, but thankfully there's no daily dizziness and nausea! Doctors are trying transcranial direct current stimulation to help with brain overload and Discosan (ozone) injections for the spine injury with good results. The tinnitus, vision, memory, and auditory processing problems are still a work in progress, but new treatments are being discovered every day. The next miracle is just around the corner!